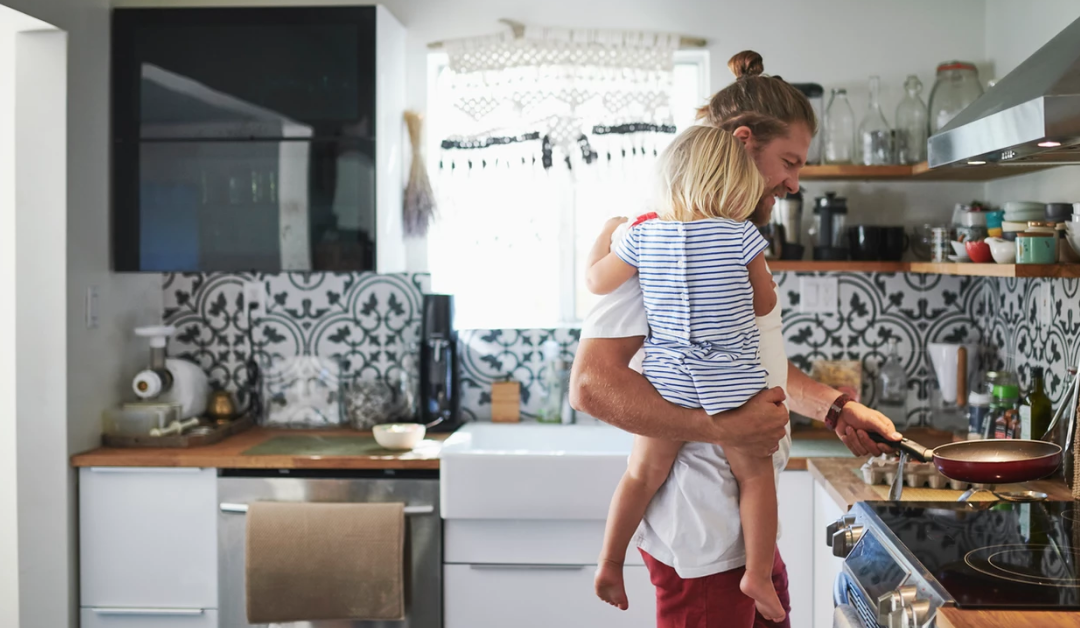 I would be remiss not to mention the elephant in the room, gender stereotyping. It is nearly unavoidable, that even people with the best intentions put male caregivers in boxes. I have found amazingly open minded people tend to throw in the word, “sports,” when speaking with me about male caregivers as if it is a category male nannies are more proficient in than female nannies.

If you have never considered a male caregiver for your family, you aren’t alone. Over the years men have slowly been accepted into the childcare industry, but they still make up only 1% of caregivers in the United States. However, men are just as capable caregivers as women and male nannies, lovingly referred as a “Manny,” are in growing demand.

Families are opening their minds and beginning to see the potential benefits of having a male caregiver.

A Chicago mother told me, “I think it is fantastic for my son and daughters to see a man cooking, cleaning, and supporting their emotional needs.” You don’t need to look very far to see that families are loving their male nannies, and proclaiming it from the rooftops. CCN reported “Rise of the Manny”, Daily Mail ran “Kids, Meet Gary Poppins”, and “‘Mannies’ on the Rise” was a recent segment on Good Morning America.

Indeed, it seems when it comes to learning the modern ABC’s, of childcare, M is for Manny. Nanny ABCs: The Sitter’s Handbook reads, “Male nannies offer the same quality of care as female nannies, but they can also be a positive male role model for families that may be in need of one.”

Mannies are sought, not only by but serve these families particularly well, by single moms, two-mommy families, families where fathers may travel or work long hours, or simply by households where boys are outnumbered by their female siblings and relatives. A positive male role model can help to shape girls’ and boys’ view of what a man can be.

Research on the Manny Trend

If you are looking for research to support the manny trend, you do not have to look far. Studies have revealed that there may very well be psychological benefits for children who grow up with one or more strong male role models.

Research by Robert Bullough and Sheelagh Drudy expresses concerns with the lack of appropriate male role models for children. Men make up only 3% of caregivers in the world, if you are including early childhood education. Many children get a narrow view of what a man can be from poor examples on TV, movies, and video games, rather than from a well-rounded view of an actual man in their lives.

Stereotype of the Male Caregiver

I would be remiss not to mention the elephant in the room, gender stereotyping. It is nearly unavoidable, that even people with the best intentions put male caregivers in boxes. I have found amazingly openminded people tend to throw in the word, “sports,” when speaking with me about male caregivers as if it is a category male nannies are more proficient in than female nannies.

Let me be clear, … sports + male nanny = stereotype. Personally, I am dreadful at sports but that does not stop me. I do not know any nanny, male or female, that sit on the sidelines or won’t play sports with their charges. Adventurous and playful are key characteristics every nanny should possess. Proficiency on the other hand, is a separate issue altogether, and one that should be assessed on a candidate by candidate basis if it is integral to the position.

From an outsider’s perspective, it may seem like boys love having a male caregiver because they are manly, but from my seasoned point of view boys love having a male caregiver because it is a rarely experience they hardly ever get to have. When date night comes, more often than not the babysitter is going to be a female. Parents that hire me to babysit often do so because they want their children to experience both female and male caregivers. More and more, today’s parents understand the value of exposing their children to diversity.

The work of male nannies is not fundamentally different than their female counterparts. While it certainly is not always the case, it is possible that a male caregiver might be the best choice for a family, even yours.

Why am I uniquely qualified to be the narrator of this look into mannies you ask? Because I, Danny J Nanny, have been working with children for over 14 years, train at-home caregivers, and wrote a handbook on how to nanny.

I do not think of myself as a manny. I am a nanny.

I have worked very hard to become a nanny and I enjoy the title I have earned. Many are surprised when they hear what I do for a living. I am not always met with open arms, having been blatantly turned down for positions because of my gender (an experience I know my female counterparts may have experience in male dominated industries). I will never forget the day a mother who was interviewing me said, “You’re wonderful but you’re a man and I’m not sure how I feel about that.”

With families I shop, cook, travel, make crafts, organize birthday parties, go to soccer games, gymnastics, dance, and baseball practices. I do everything any nanny does. I do not want to say gender never factors into my role, but it never limits it. 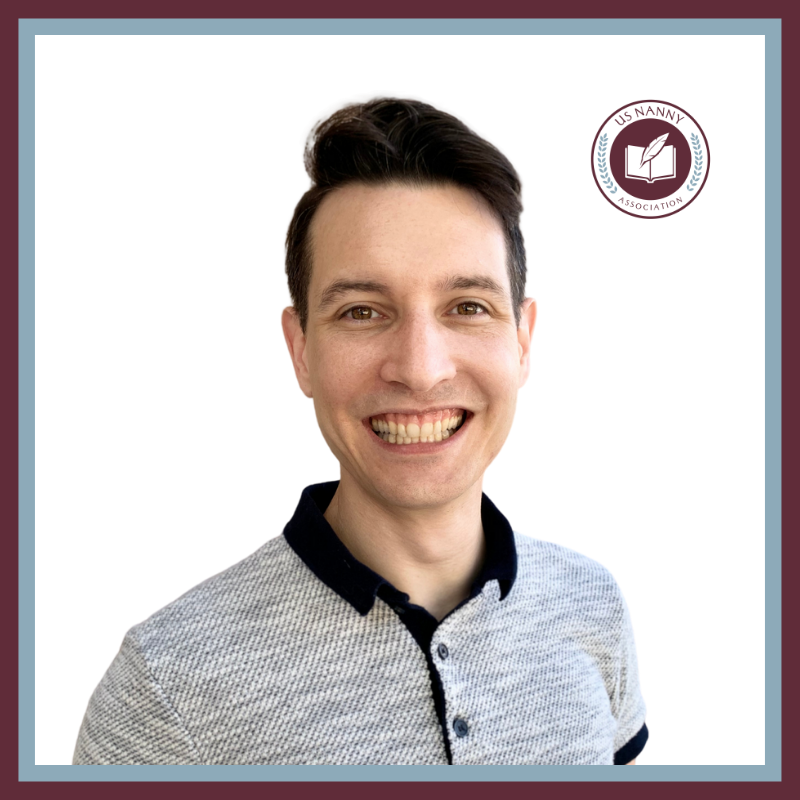 Danny J Rosenthal, know by his pen name “Danny J Nanny” is the author behind Nanny ABCs: The Sitter’s Handbook: A complete alphabet how-to-guide for every child caregiver and host of Nanny ABCs Next Step podcast. He has worked with children and families for over fifteen years, been recognized for his outstanding performance by Chicago Collegiate Nannies, and his expertise has been featured on national caregiver platforms. Danny J Nanny created Nanny ABCs to simplify childcare and keep families and caregivers from needing to reinvent the wheel by providing guidance on the nanny industry’s best practices.